Since 1941, the NC General Assembly has appropriated money for public library service in North Carolina.  State Aid legislation stipulates that the appropriation known as “Aid to Public Libraries Fund" is intended to promote, aid, and equalize public library service in North Carolina (General Statute 125-7b). This appropriation is often simply referred to as “State Aid”.

Learn more about the Aid to Public Libraries Fund 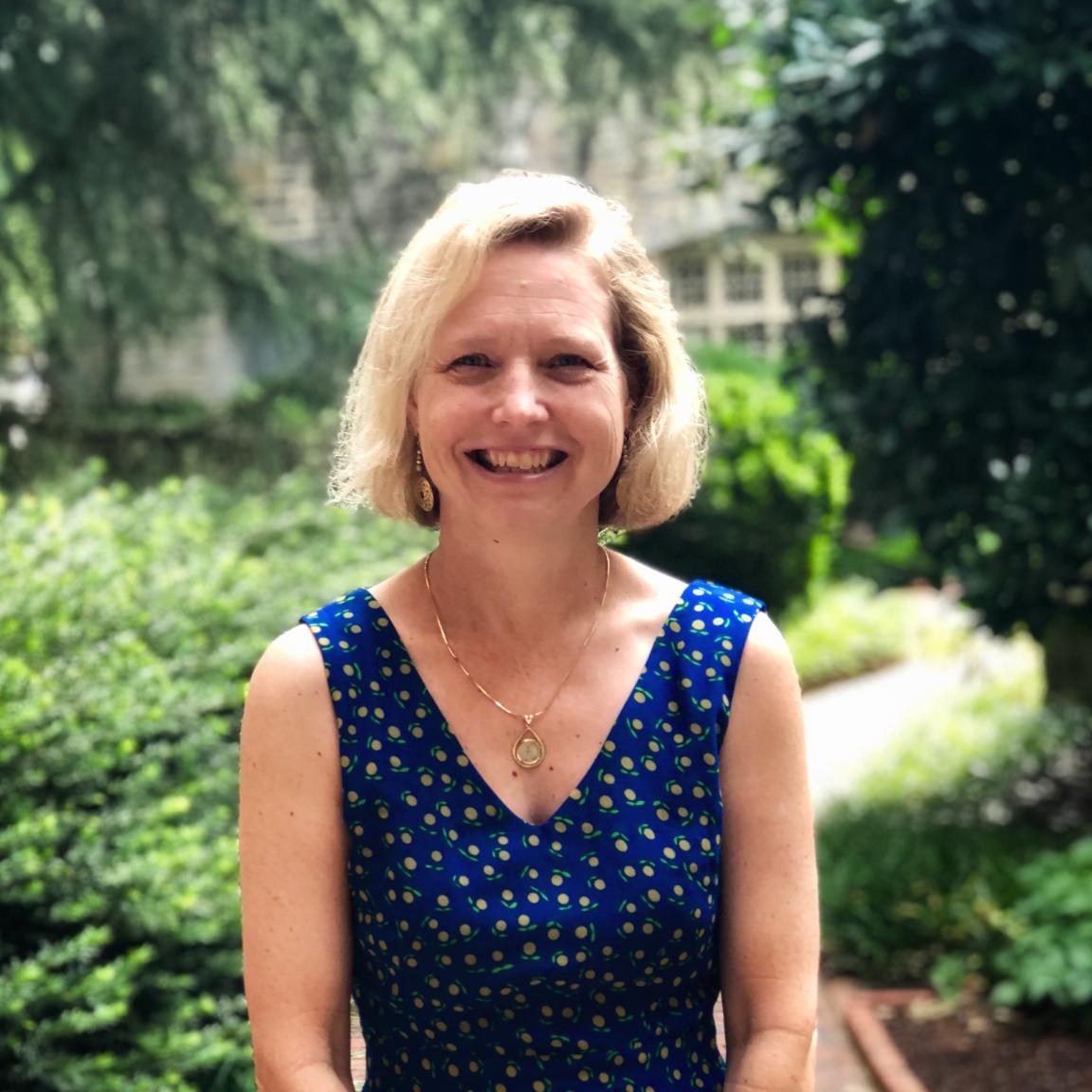 Article 14, Chapter 153A of the NC State Statutes provides for NC public libraries to receive funds appropriated annually by the State Legislature. These grants are available to any public library, including municipal libraries, that establishes its eligibility according to the Rules and Regulations for the Allocation of State Aid to Public Libraries. The State Library's role in State Aid is to determine eligibility annually. Eligibility is specified in the North Carolina Administrative Code 07 NCAC 02I .0201 Qualifications for Grant Eligibility.

The State Library is also charged with receiving this funding from the legislature and allocating it to all eligible libraries based upon a formula approved by the North Carolina Library Commission. State Aid payments to eligible libraries are determined twice a year, in October and April.

Library Development, as administrator of state aid funds, is given the authority to create rules, regulations, and bylaws via General Statute § 125-7:  “…shall frame bylaws, rules and regulations for the allocation and administration of such funds.”

Eligibility is specified in the North Carolina Administrative Code 07 NCAC 02I .0201 Qualifications for Grant Eligibility.

Libraries requesting funding from the Aid to Public Libraries Fund shall submit annually to the State Library of North Carolina an application for State Aid and supporting documentation including financial and statistical reports and shall meet the following eligibility requirements:

The factors that determine state aid amounts include population, PCI (both local and the State per capita income), the state aid allocation, and whether your County, City, or Regional met their average MOE level (3-year moving average).

The allocation for block grants is equally divided between the 100 North Carolina counties with special consideration for regional library systems.   Regional libraries receive an additional share of the block allocation.  Specifically, the block allocation amount is divided by “112”.  The “112” number represents the 100 counties within North Carolina plus one additional grant for each of the twelve (12) existing regional library systems. Municipal libraries do not receive block grant allocations.

The other 50% of state aid funds is distributed to each eligible library system based upon three (3) primary factors:

The use of the above three (3) factors recognizes that if a library system services more people and/or more economically-challenged people, the library system should receive a greater share of the second half of the allocation.  In short, the goal of this half of the grant is to maximize income equalization.  Equalization allocations are added to block grant allocations to ascertain monthly state aid payments.

Libraries must apply for State Aid annually for continued eligibility. The State Library sends application packets via email to library directors in July, and the completed forms must be submitted to sladmin@ncdcr.gov by mid-September. The completed application must include:

12. Meet the following stipulations when establishing a new library or re-establishing eligibility for the Aid to Public Libraries Fund:

Is a 990-form acceptable and/or can replace the requirement for an audit?

ANSWER: No. The requirement for an audit cannot be replaced by a 990 form.

What are the requirements for the State Aid audit?

ANSWER: An audit is required according to the Administrative Code, 07 NCAC 02I .0201 item (8), “Provide to the State Library of North Carolina an annual audit of the political subdivision(s) funding the library consistent with generally accepted accounting principles.” The State Library’s auditing agency may elect to review audit working papers to determine that audit tests are adequate.

The GAO 2018 Revision of the Government Auditing Standards – also known as the Yellow Book – are in effect for the fiscal year ended June 30, 2020. Any unit of government that expends $100,000 or more in state or federal funds in a given fiscal year must have a Yellow Book audit.  (Source) Local governments and public authorities that have expended $500,000 or more in State financial assistance must have a single audit performed in accordance with the State Single Audit Implementation Act.

In accordance with federal requirements, all entities that expend $750,000 or more in federal financial assistance must have a single audit performed in accordance to OMB Uniform Guidance, Subpart F (2 CFR 200 Subpart F ).

Audits must be completed by Certified Public Accountants. The Schedule of Expenditures of Federal and Awards (SEFA) is an important part of the reporting package required by the Uniform Guidance (2 CFR 200.510(b)). The auditor is required to determine and provide an opinion on whether the SEFA is presented fairly in all material respects in relation to the auditee’s financial statements as a whole. The information in the SEFA serves as the primary basis for the auditor’s major program determination which is a key component of performing a single audit.  State Aid funds must be recorded on a separate line item as specified in the SEFA.

What is Maintenance of Effort (MOE)?

ANSWER: Libraries must secure operational funds from local government sources at least equal to the average amount budgeted and available for expenditure for the previous three years. Funds spent by local governments on behalf of a library (in-kind contributions) can be considered as local operating funds when determining Maintenance of Effort. The goal of the MOE form is to ensure that your local community and county are supporting you, monetarily and/or with in-kind services.

Do not include in MOE:

What happens if Maintenance of Effort (MOE) is not met?

If the amount budgeted and available for expenditure by local government is below the average of the previous three fiscal years, a grant to a local library system from the Aid to Public Libraries Fund shall not be terminated, but shall be reduced proportionately by the Department of Natural and Cultural Resources. State funds shall not replace local funds budgeted and available for expenditure for public library operations. (Administrative Code, Title 7, Chapter 2, Subchapter 2I, Section .0201(4))

What are In-kind contributions on the Maintenance of Effort form?

ANSWER: Funds spent by local governments on behalf of a library may be considered as local operating funds when determining Maintenance of Effort. For examples and use of in-kind contributions for State Aid, please contact cotina.jones@ncdcr.gov.

Funding for equipment purchases, for example security cameras, has been given to the library and placed in the library’s budget. Should this money be included as part of Maintenance of Effort in that the funds were not from the County?

What is the State Library’s definition of “capital outlay”?

ANSWER: Capital Outlays are one-time expenditures to include major technology upgrades, installation of IT systems, maintenance and repair expenditures (installing elevators, doors, ramps, etc.), furniture, replacing and repairing roofs, replacing carpet, replacing carpet, flooring, and/or ceiling tiles, certain landscaping projects, painting of buildings/rooms, parking lot spaces, and replacing outdoor lights. There are a multitude of other expenditures that could be considered “one-time” costs including contracted services for special projects or programs that do not occur every year; costs for pilot programs, etc.

Electronic equipment was purchased using e-rate reimbursement funds. These funds are a part of our budget. Should these funds be included in our MOE calculation?

ANSWER: No, you would not include this. E-rate is a special federal grant program.

Do e-rate reimbursement funds get counted as capital outlay?

ANSWER: No, they should not be included at all.

What are the requirements for interim directors?

ANSWER: The procedures for interim directors are based upon eligibility requirement 07 NCAC 02I .0201 (3): “Employ a full-time library director having or eligible for North Carolina public librarian certification. Full-time means working a minimum of 35 hours per week.” Selecting an interim director provides the opportunity to maintain state aid compliance:

Why did our State Aid increase when we didn’t meet our MOE?

Was there a recurring increase in State Aid last year, and if so by how much?

How can I use the State Aid payments I receive?

ANSWER: Block and per capita equalization grants may be used for materials, salaries, equipment, and operating costs. Grants may not be used for capital expenditures, which the Division of the State Library defines as construction costs and is colloquially referred to as bricks and mortar. (Administrative Code, Title 7, Chapter 2, Subchapter 2I, Section .0202)

What happens to my State Aid payments if my library has unencumbered these funds or does not spend them fully?

ANSWER: Libraries must expend funds as authorized in their adopted budget. Any library having an unencumbered operational balance of more than seventeen percent (17%) of the previous year’s operating receipts will have the difference deducted from its state allocation. (Administrative Code, Title 7, Chapter 2, Subchapter 2I, Section .0201(6))

My Regional Governing Board wishes to change their Bylaws from staggered terms to regular 3-year terms. Can they do this?

ANSWER: Regional Library Boards of Trustees are governed by Administrative Code, 07 NCAC 02I .0303. Section .0303 (b) states, “Terms of officers and members shall be limited and staggered to assure continuity as well as change. No individual member shall be appointed to more than two consecutive terms, and no single terms shall be longer than six years.”

Are County and/or Municipal Advisory Board bylaws governed by any legislation as Regional Systems are?

ANSWER: County and Municipal Boards do not have general statutes or administrative code similar to regional libraries. However, to be State Aid eligible, county and municipal library boards must be in compliance with Article 14, Chapter 153A of the NC General Statutes. (Article 14 153A-265 -266)

What is NC Public Librarian Certification?

We have hired a Library Director who does not hold a Master of Library Science degree. What are the implications for losing State Aid eligibility?

ANSWER: Loss of State Aid eligibility affects receipt of monthly State Aid payments, loss of LSTA funding grants, and loss of access to statewide resources, for example, NC LIVE and NC Kids. A list of lost benefits includes, but are not limited to:

The Fiscal Year 2022-2023 State Aid application packet is available and completed applications are due by close of business day on September 16, 2022.

The omission of any of the above documents or a late submission of Public Library Statistical Report may delay State Aid payments.